Feel like trying a different Easter egg this year? Have a go at this smoothie flavoured dairy free easter egg!

2. Drizzle the melted chocolate inside one half of the easter egg mould in any pattern you like, I’ve chosen to make a criss cross kind of pattern. After you’ve created your pattern, leave the mould in the fridge to set while we make the rest of the Easter egg.

3. Put 110g of white chocolate into a large microwavable bowl and melt it down using the exact same method as before.

4. In another small bowl, gently heat 2tbsp of yoghurt for about 10 seconds. When it is warm enough, add in the remaining chocolate which will cool the yoghurt down a bit and also thicken it. This will make it easier to mix into the rest of the chocolate.

5. Slowly add in the yoghurt to the chocolate, a little bit at a time. Stir after each addition and once all of the yoghurt has been added it’ll look a little strange. Don’t worry we will turn it back to a liquid!

6. Gently heat the mixture on a low temperature setting in your microwave for 10 second blasts and stirring after each time. After a few blasts it should return back to a liquid and adding a little more yoghurt will also help!

7. Now it’s time to add the food colouring! I have added a small amount of pink colouring to make it look more like a strawberry flavoured Easter egg.

8. Once you have the food colouring all combined into the mixture, spoon some into your Easter egg mould. Working quickly, spread the chocolate and yoghurt mixture up the sides of the mould, making sure you coat all of it evenly. Repeat this step for the other half of the Easter egg.

9. Set both sides of the Easter egg into the fridge to set, I left mine over night. The next day it came out of the mould quite easily, it should start to peel away from the mould by itself!

10. To piece the Easter egg together, you will need a little more chocolate and food colouring. Melt the chocolate and leave it to cool down a bit, then add in the colouring. Run the chocolate around the edge of one side of the egg (this will act as a glue!). Now hold the two halves together until the chocolate starts to set. Leave in the fridge to harden once again and viola we have a finished Easter egg!

And you’re done! If you have a go don’t forget to share your makes with us on Instagram @aboxofbuttons or on Twitter @aBoxofButtons! See you next time!

Hi there! I'm Hannah! Baking and making things are my passion! Anything creative, I'll always have a go at. I love to constantly learn new things which I love to then share on! Thanks for coming over to my blog, I look forward to getting to know you! If you like my blog, you might also like my shop, click on the shop button to head on over - H View all posts by Hannah

Made by Hannah Rose 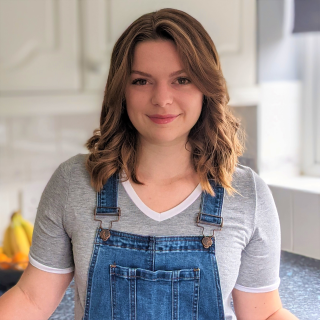 Hi there! I'm Hannah! Baking and making things are my passion! Anything creative, I'll always have a go at. I love to constantly learn new things which I love to then share on! Thanks for coming over to my blog, I look forward to getting to know you! If you like my blog, you might also like my shop, click on the shop button to head on over - H

Butterfly keyrings have now been added to my Etsy Shop! 🦋 Handmade and completely unique 🥰 If you fancy having a closer look, follow the link in my bio - H
Halloween Oreo Pumpkin Pops! 🎃 A fun and tasty recipe to make to get in the spooky spirit! - H
Some of my one of a kind Bird Brooches available on Etsy 💙 Link in bio - H
Halloween Pumpkin Treat Holders! 🎃 A fun DIY to get in the Halloween spirit. You can find the tutorial on the blog, link in bio - H